Why you should stop thinking caveman when you hear paleo diet 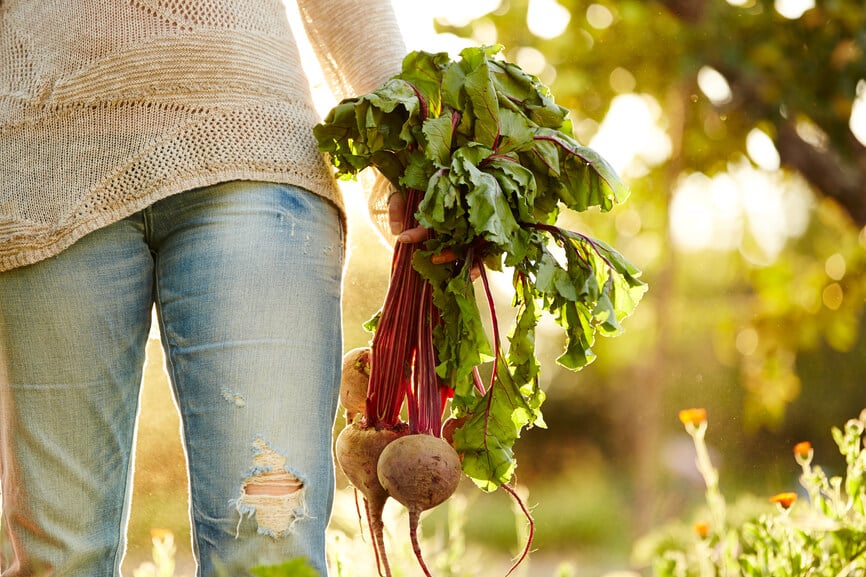 You’ve probably noticed that in the last few years the paleo diet has gained momentum. Paleo cookbooks have become New York Times Bestsellers and personal stories attest to the “leaky gut” healing properties of the diet. Particularly for those with autoimmune diseases or wacky immune systems. Myself included.

For those in the know, the paleo diet is simply a real food, anti-inflammatory diet. A diet that favors whole, nutrient-dense foods while eliminating processed, refined and gut-irritating foods.

Yet every time I mention that I follow a paleo-based diet, I invariably receive the same response…

“How can you eat that much red meat?!”

A question I receive at least a few times a week.

The perception from the general population is that little ol’ me eats a big, 16 ounce chunk of steak for breakfast, another for lunch and yet another for dinner. You’d think I got lost in an old Flinstone’s episode (without having to power the car with my feet!).

And let’s be honest. It’s hard to fault this mental image when a paleo diet is also known as a primal or ancestral diet. I imagine the thought process goes something like this: ancestral = caveman = carnivore = juicy burgers, steaks, and bacon, oh yeah!

Truth be told, I love all of those items. And yes, I do think that bacon makes everything taste better (who doesn’t?). But big juicy steaks are not my every meal sustenance. And when I do eat them, they’re usually not taking center stage.

What does take center stage on my plate?

This may come as a surprise…but I eat as many vegetables as a vegetarian or vegan would. Vegetables usually cover one half to two-thirds of my plate at each meal. The vast majority of it. The rest is then filled up with fruit, nuts, healthy fats and yes, protein.

When it comes to protein, I’ll eat an assortment of fish, eggs, chicken, turkey, bison and beef. This protein, depending on the type, is also grass-fed, humanely-raised, wild-caught, organic and free-range with no added hormones, growth factors or antibiotics. Protein as mother nature intended.

And that’s what the paleo diet is about. Food as close to it’s natural source as possible. With lots of green, colorful, nutrient-dense veggies playing the starring role.

As I was writing this post, it got me thinking…how do my own recipes shape up? How many fit this perception of a red meat, steak-loving caveman? Particularly as I post recipes of the foods that I eat most often.

The result? Out of 26 recipes that I’ve posted in the last two months, only one is red meat. One! My Pineapple Burger Bowl with Sweet Fig Mayonnaise. And the burger is on a bed of greens with figs and avocado. Most of my other recipes are salad or vegetable-based, like my love for anything with zucchini noodles – “zoodles.”

Suffice it to say, I think the paleo diet is in need of a major rebrand. Something I would have done in my former corporate career. Because the current name and marketing don’t do the real food lifestyle any favors. And I do see the paleo way as a lifestyle, not a diet…another word I cringe at.

This is not something I’m adhering to for a quick fix. It’s a way of life. Eating healthy, living healthy and nourishing my body with real food.

The same real food that helped to heal my “leaky gut” and completely tame four autoimmune diseases in less than a year.

So next time you hear the word paleo and that Flinstone-like caveman image pops into your head, you’d be better off thinking “gatherer” versus “hunter.” Because really, Fred and Wilma noshed on a big bowl of leafy greens before their steak!

What mental image did or do you have of the paleo diet? I’d love to hear!

« Previous Post8 Tips to Eat Healthy When Eating Out
Next Post » Anxiety is not all in your head. It’s actually in your gut

Healthy Labor Day Recipes for a Picnic, Party or Barbecue

Designing my Modern and Minimalist Living Room with Havenly

How to stay healthy (for more than a month)