SIGN UP FOR FREE WEEKLY RECIPES:
Home » Recipes » Courses » Side Dish » Grilled Corn on the Cob

Grilled Corn on the Cob

Grilled corn on the cob is a quintessential BBQ side dish! But the question everyone always asks is… should you grill corn in the husk or without the husk? I’ll answer that question today and share a few tasty serving ideas that scream summertime on a plate.

I’m a sucker for BBQ season. Not only is it a chance to gather with friends and family in gloriously sunny weather, but it’s also a celebration of the best summertime food. That means large bowls of coleslaw, the best finger foods, and the most flavorful grilled recipes – including this corn on the cobb.

Grilled corn is honestly such a simple, nostalgic dish, but that first juicy bite always makes you say “oh, yeah!” So today, I’ll show you how to master juicy, smoky, perfectly grilled corn on the cob.

What You need For Grilled Corn

Technically, you don’t need anything extra. You could just grill the corn as is. But why not go the extra mile to make it that much better. Here’s what I’m using.

Find the printable recipe with measurements below.

Shopping Tips For The Best Corn

Peak season for corn is between May to September, and your local market should be brimming with boxes of fresh corn. But when you’re picking from the bunch, feel free to peel back the husks a bit to look at the kernels. Keep an eye out for:

There’s really two main ways to grill corn, with the husk on, and with the husk removed (aka naked straight on the grill). Some might say there’s a third method – to remove the husk and then wrap in aluminum foil – but the results are virtually identical to the husk on method. And in the process you waste a whole bunch of foil (an entire roll if you’re grilling a bunch of corn). So I rule that method out. Here are the two best methods to consider:

Which method is my favorite? Both are great options, and it really depends on how I’m serving it up. If I plan to chow down directly on the cobb, I might keep the husks on. And if I plan on removing the kernels to use in a salad, dip, or other recipe, I’ll likely grill naked for the best flavor. Honestly, I’d say 80% of the time I choose the latter, because I’m all about more flavor and less mess! But one pro of the first method is if I’m at a party with a community grill, I’ll leave the husk on to avoid gluten-cross contamination (as I’m celiac). The husk is a natural barrier!

How To Grill Corn On The Cob

Sweet corn straight off the grill tastes amazing as is. But if there’s room for even bigger flavors, you know I’m all for that! Here’s a few delicious variations to try:

And if you’ve got some leftover corn, shave it into this delicious corn salad!

Barbecue season is in full swing, which means it’s time to whip up these tasty grilling recipes and crowd pleasing sides!

And if you need to build out a full summer menu, take a glance at my lists of Memorial Day Recipes or July 4th recipes!

Want to see how I make the best grilled corn? Watch the video below!

If you make this grilled corn recipe, let me know how it turned out! I’d love to hear what you think in the comments below. 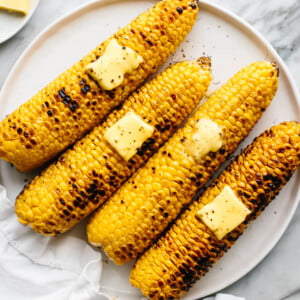 Grilled Corn On The Cob 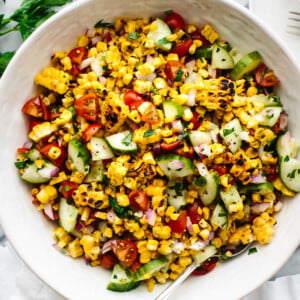 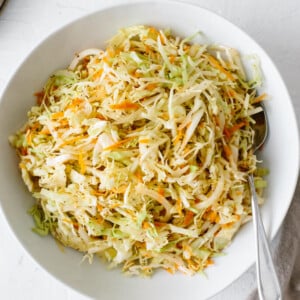 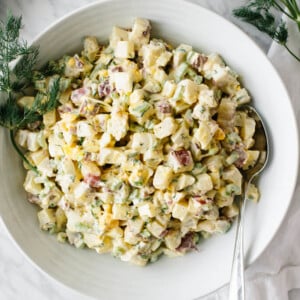 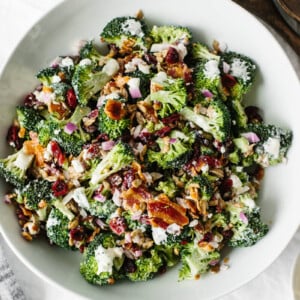 10 comments on “Grilled Corn on the Cob” 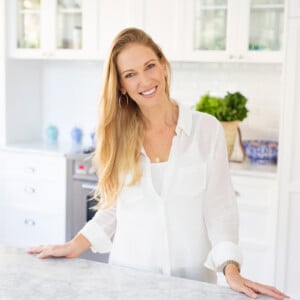